I finished this series a while ago, but never got around to writing about it. I read Enigma: the Complete Collection by Shandi Boyes. The series consists of four books: Enigma of Life, Unraveling the Enigma, Enigma: The Mystery Unmasked, and Enigma: the Final Chapter.
This series was a free offering through an email service I signed up for.

In case you have never heard of the series:
This is a story about an alleged mobster and an FBI agent. It is a love story, a mystery, an exciting “romance”, and some smut thrown in for good measure. He is a true alpha: big, burly, handsome, rich, and elusively private. She is naïve, a loner, a hard worker, and not giving in without a fight. How will they fare? Read and find out!!

In case you have never heard of the author:
She lives in Queensland, Australia. She is an accomplished author of “sizzling hot reads” that include mainly alpha males, open door sex, and happy endings that are fought for.

What I thought of the series:
As I have posted before, I am not a huge reader of “romance novels”. I do enjoy a happy ending though, and this series brought the FBI and mob dynamic into the plot. It was well plotted from start to finish, and had a few surprises. I was impressed with the totality of the series, and would recommend it if you are into romantic mystery with a hint of sex. 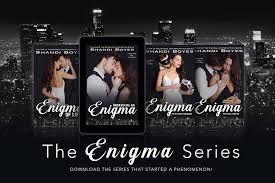